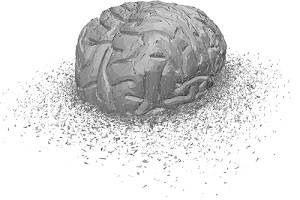 According to federal estimates, about 1.7 million people suffer a traumatic brain injury (TBI) each year in the United States. This number only includes those who have been diagnosed as having a TBI by a qualified medical professional, so the real number is probably a bit higher. It is almost impossible to estimate with any accuracy the number of Americans who suffer from post-traumatic stress disorder (PTSD) because so few ever seek professional help. Some experts believe that about 8 percent of adults in the U.S. deal with PTSD—a percentage that equates to about 24 million people.

Those who suffer from PTSD are usually those who have suffered or witnessed a particularly traumatizing event, such as rape, assault, or combat. A recent study, however, seems to show that those who have suffered a traumatic brain injury are more likely to develop PTSD in the future. If a link actually exists, it could have an impact on accident cases involving head and brain trauma.

Looking at the Relationship

Scientists have long suspected the existence of a link between post-traumatic stress order and traumatic injuries. At one point, researchers looked at military veterans who had been physically close to some type of explosion during a combat deployment. Those who suffered a TBI during their service—not necessarily at the time of the explosion—were twice as likely to show symptoms of PTSD in the future compared to those who did not suffer a TBI. The researchers, however, could not give a reason why.

In a more recent study, a team of researchers at UCLA conducted a series of tests on laboratory rats. One group of rats included only animals that had suffered a TBI while the control group included only “healthy” rats. When both groups were presented with frightening experiences, the team studied the brain activity of the subject animals. The rats who had suffered TBIs showed significantly amplified fear responses to the frightening stimulus compared to the non-injured rats. The team concluded that traumatic brain injuries contribute to “increasing your susceptibility to post-traumatic stress.”

Considerations for Those Injured in Accidents

If there truly is a link between TBI and PTSD, the likelihood of a PTSD diagnosis should be taken into account when seeking financial compensation for accident victims with a traumatic brain injury. New, frightening experiences in the future—not to mention the original accident—could lead to the development of PTSD symptoms. Therefore, it may be appropriate to consider the costs of possible future treatment, even if PTSD has not presented itself yet.

Determining how much your future care will cost can be very difficult, and insurance carriers often offer quick settlements that are far too low in terms of looking ahead. If you or someone you love has suffered a traumatic brain injury in an accident caused by another party’s negligence, contact an experienced Wheaton personal injury attorney. Call 630-462-1980 for a free consultation at Walsh, Knippen & Cetina, Chartered today.