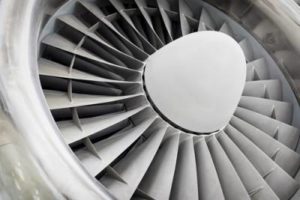 Earlier this month, a 43-year-old woman suffered fatal injuries when a mid-air, catastrophic engine failure caused damage to the passenger cabin of an airplane headed from New York to Dallas. The death was the first accident-related fatality on an American-based airline flight in more than nine years—the longest such stretch in American aviation history. Another passenger on the same flight has filed a lawsuit in federal court against the airline and several other co-defendants seeking damages for physical and mental injuries.

The accident occurred during a Southwest Airlines flight from New York’s LaGuardia Airport to Dallas Love Field. Preliminary investigations indicate that a short time after take-off, a fan blade in the left-side engine broke and caused a violent chain reaction, which threw debris flying in all directions. A piece of debris shattered a window in the passenger cabin. The passenger nearest to the window was partially sucked out by the air pressure, but other passengers were eventually able to pull her back inside.

The sudden loss of the engine caused the plane to bank heavily to one side until the pilot could make the necessary adjustments. The flight made an emergency landing in Philadelphia where the woman was transported to a local hospital. She later died of her injuries.

Federal safety officials and other agencies are still looking into the accident.

While it is possible that the family of the deceased woman will be filing a claim against the airline in the future, one of the other passengers who was on board has filed a lawsuit of her own. The suit was filed in federal court in the Eastern District of Pennsylvania and seeks unspecified damages for a wide range of physical and mental considerations, including post-traumatic stress disorder, bodily injuries, lost wages, reduced earning capacity, pain and suffering, and emotional anguish. The lawsuit alleges that the plaintiff witnessed the passenger being sucked from the plane and that she “prayed and feared for her life.” The plaintiff also claims that the airline did not provide appropriate for her and the other passengers once the plane landed.

The suit named Southwest Airlines as a defendant, along with GE Aviation, Safran Aircraft Engines, and CFM International. GE, Safran, and CFM were named for their roles in the manufacture and distribution of the engine that failed. The plaintiff maintains that the airline and the other defendants were negligent in not removing the “dangerous engine.”

Southwest and the other named defendants declined to comment on the lawsuit.

While you will hopefully never be involved in a mid-air incident, there are many other types of accidents that could leave you injured. If such an accident was caused by someone else’s negligence, you may be entitled to collect compensation for your injuries. Contact an experienced DuPage County personal injury attorney to discuss your options today. Call 630-462-1980 for a free consultation.