Determining Fault in a Multiple-Vehicle Accident 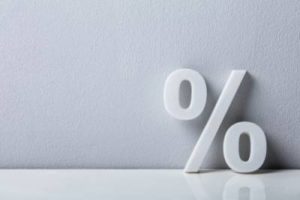 Traffic accidents that cause injury often involve several vehicles. There may be only one driver who caused the accident, or the actions of multiple drivers could contribute to a crash. In fact, in some cases, several drivers may be found to have partial liability, and in other cases, only one or two drivers will be considered at fault. If you have been in a car accident involving several other vehicles, you may be wondering how can you determine who was at fault for the crash and whether you can still collect compensation for your injuries.

In the past, accident cases involving unclear liability were subject to a different policy called contributory negligence. Under this doctrine, if the person bringing a personal injury lawsuit, called the plaintiff, was found to be even partially at fault, he or she could not recover any compensation for his or her injuries resulting from the accident. Fortunately, in 1986, the Illinois Supreme Court abolished the contributory negligence rules in favor of the more reasonable doctrine of modified comparative negligence. Under comparative negligence, also called comparative fault, a plaintiff can still recover compensation for damages caused by an accident even if he or she was partially at fault.

Plaintiff’s Contribution to Fault May Not Exceed 50 Percent

Illinois’s modified comparative negligence laws state that a plaintiff can recover compensation for their injuries through a personal injury lawsuit as long as they were found to have half or less of the total fault or liability in the accident. For example, a person may have been mildly speeding when they were in an accident. This violation of traffic rules may mean that they are found partially at fault for the crash.

In personal injury cases where there are multiple vehicles involved, each party can be assigned a percentage of fault. This often results in a partial recovery of compensation for those injured. It also requires the injured parties to initiate legal action against the right parties. For example, if you were injured in an accident for which you were found to be 10 percent at fault, a second driver was found to be 20 percent at fault, and a third driver was 70 percent at fault, you may need to file claim against each of the other two drivers. Filing a claim against only the second driver will not allow you to collect from the third driver.

Speak with a Qualified Injury Lawyer

Car accidents can be financially devastating. If you or someone you love was injured in a car accident, call Walsh, Knippen & Cetina, Chartered to speak with an experienced Wheaton car accident attorney, and discuss the possibility of recovering compensation under the comparative negligence statute. Schedule your free initial consultation by calling 630-462-1980 today.